Sightseeing excursions are tailor-made for the individuals and may depend on time and weather restrictions. Whether your preference is clear blue seas, stunning rock formations, pristine white beaches or pods of dolphins, this beautiful part of Northland has it all.

We can also combine sightseeing trips with our fishing charters. 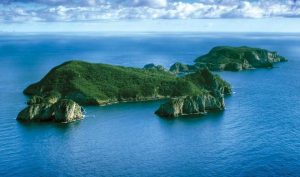 Around 2 hours’ motoring north from Mangawhai brings you to the Poor Knights Islands, rated 7th best dive destination in the world.

The Poor Knights sit 50km north west of Whangarei and just over 20km off the coast.

Even if you are not a diver, the snorkelling is spectacular, with beautiful clear waters and incredible sea life. The rock formations are impressive including the biggest natural rock arch in the southern hemisphere. 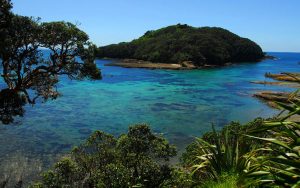 If Poor Knights is a little too far, just a quick trip alongside the beautiful Pakiri Beach coastline takes you to Goat Island, a popular marine reserve.

Snorkelling is allowed but no fishing. 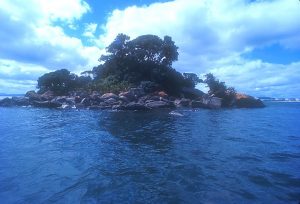 Beautiful snorkelling to be found at this little known Whangarei Heads marine reserve near Bream Head, about a one hour journey from Mangawhai. 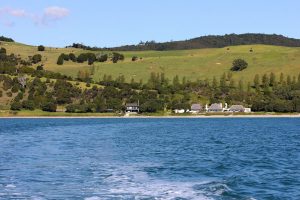 There is no public road access to this cove so boat is the only way to access it.

Ruakaka to Mangawhai to Pakiri 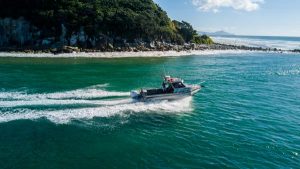 If you are looking for long white sandy beaches, look no further than the beautiful coastline around Mangawhai. To the north we have Lang’s Beach, Waipu Cove and further on to Uretiti and Ruakaka.

To the south, we have Black Swamp (much prettier than it sounds), Te Arai, Forestry (at the far north end of Pakiri) and Pakiri itself. This coastline is beautiful and depending on the weather, can be smooth as glass, or provide some challenging surf that attracts surfers from around the world. 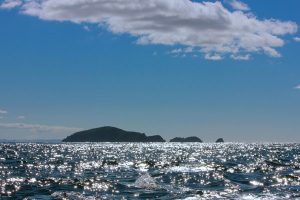 The Hen and Chickens are visible from the mainland and are a short 30 minute boat ride away. Hen Island, or Taranga, is a picturesque island that is considerably larger than the Chicken Islands. It is a nature reserve so no landing is permitted, however the coastline around the island is truly beautiful with hidden caves and native vegetation.

Taranga Island is teeming with native birds and wildlife. While not as good as the marine reserves, snorkelling can be good in the right weather. 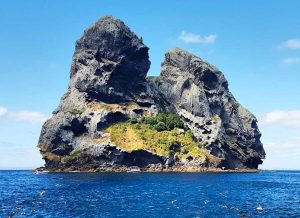 Sail Rock is an impressive feature just south of Taranga Island. It rises directly out of the ocean with sheer drops deep into the ocean.

The pest-free Mokohinau Islands lie 100km north of Auckland and an easy motor from Mangawhai Heads.

The water here is particularly clear with underwater pinnacles with deep drop offs for diving. Burgess Island is the only island with a landing point – it also offers a 40-minute walk to the historic lighthouse, built in 1883.