The water was still very cold at 16 degrees C!  Barracuda are still about & attacking all tackle aggressively but with a little effort some good fish were binned at the end of the day.  Dave & his crew from Tern Point were on their first charter aboard Fishmeister & seemed very happy with their catch!…especially Dave who took out the trophy for first fish, most species (including snapper, gurnard, trevally & pigfish) & biggest fish. 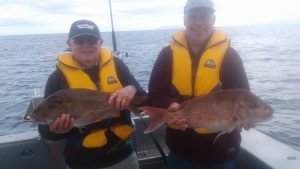 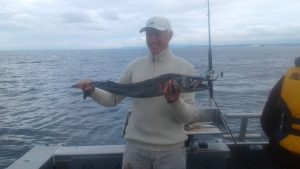